Review: 'Love and Monsters' shines a romantic light on the apocalypse 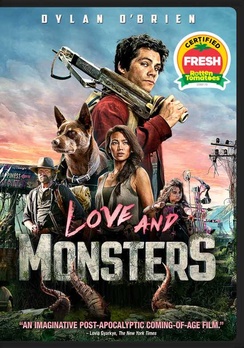 Given that we have lived under the auspices of a global pandemic for the last year, dystopian post-apocalyptic films suddenly gain a newfound resonance. Take Contagion, for example. The realistic film about an airborne virus that rapidly shakes the very foundation of society before an eleventh-hour vaccine saves the day was almost verbatim to the rollout of COVID-19.

Suddenly films such as World War Z and Warm Bodies feel more like Science-Fact instead of Science-Fiction. Enter the lastest post-Apocalyptic romantic comedy Love and Monsters.

It's been seven years since a successful defeat of a massive asteroid resulted in chemical residue falling back to Earth that created the Monsterpocalypse. Now the remnants of the human race live in underground bunkers hiding from massive ants, cockroaches and frogs bent on making their one-time tormentors their next meal. Joe isn't the rugged type cut out for survival in the vast wastelands above them, but he's about to challenge his fears and limitations when he makes contact with his long-lost high school sweetheart.

If you're a fan of the Zombieland films, then Love and Monsters is right up your alley. Both films play with an irreverent tone that is in stark contrast to the very real threat of violence just off-screen. While Love and Monsters is more akin to Warm Bodies in its romantic pursuits, the scenes with Michael Rooker and Ariana Greenblatt will surely tickle your Zombieland fancy.

Dylan O'Brien takes the lead in yet another dystopian sci-fi film after his successful turns in the Maze Runner films. While the two films share a dour outlook on mankind's continued existence, they couldn't be more dissimilar.

During several introspective moments by Joe whether he shared them with Boy the stray dog that adopts him or MAV1S the last robot running out of juice, I couldn't help but be reminded of Swiss Army Man. Don't worry, Love and Monsters is far more mainstream and there isn't any fart-powered propulsion, but I was struck by how similar both Joe and Hank's unbelievable journeys are.

Another highlight of the film was the performance by Jessica Henwick. I'll be frank, I wasn't aware of her earlier work, but that's all about to change. She's set to star in two upcoming blockbusters, the latest Godzilla film and The Matrix 4. Apparently, she was also in a bunch of Game of Thones episodes, but I haven't made it that far yet.

The bottom line is that she is an extremely talented actress and she's able to breathe so much life into Aimee despite little screen time, that we wholeheartedly believe that Joe would risk his life to be reunited. And when she's finally given her time to shine in the third act, she proves that she is indeed a massive star on the verge of breaking into the big time in the near future.

One thing that pleasantly surprised me was the special effects and CGI. Early on, I was concerned that the "Monsters" side of the equation would be practical and mostly offscreen. This would be in line with what I thought was a small budget horror-comedy. I couldn't be more wrong.

They used a perfect blend of practical and digital effects to give their monsters not only depth but a level of realism that added to the suspense and dread in many scenes. This was indeed a dangerous place and one wrong step could be the end.

And yet, all of the Monsters were recognizable to their real-world counterparts, which sent the creepy factor up a few more notches. In fact, despite all of the doom and gloom moments necessary to world build this story, it's the human elements that shine through - especially from the most unlikely places.

Besides Joe and Aimee and Clyde and Minnow, most of the human characters are simply 2D archetypes while true humanity is found in a dog, a robot, and even a few Monsters themselves. Perhaps as a critique of the current societal landscape around us, the filmmakers use these non-human characters as beacons of hope for our own eventual survival.

In many ways, I feel bad for Love and Monsters. This is precisely the sort of film that in a normal year would have thrived by word of mouth and probably exceeded all box office expectations. But all is not lost.

If there's one thing that this COVID situation has given us, it's the ability to help elevate little films like this one. Paramount is truly taking a chance by releasing it simultaneously on 4K UHD, Blu-ray, and DVD and I'm so glad that they did.

The 4K UHD version that I reviewed was spectacular and truly allows the film to showcase its impressive canvas. There are so many wide shots over beautiful desolation that you'll truly feel as though you are having a theatrical experience in the comfort of your living room.

Beyond the superior visuals and sounds, the 4K UHD is packed with deleted scenes such as the ones above and few behind-the-scenes features that truly show the love that went into the making of this film. Dare I say this is a film that we would dub a cult classic in the making back in the day.

Love and Monsters is now available on 4K UHD, Blu-ray, and DVD. 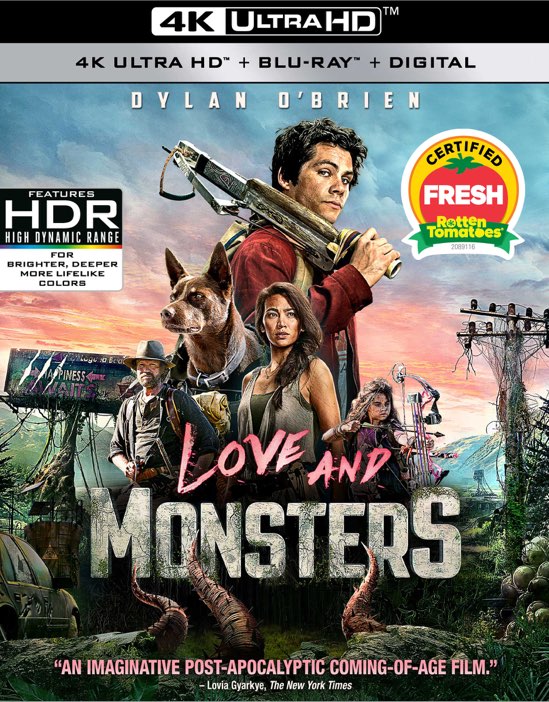 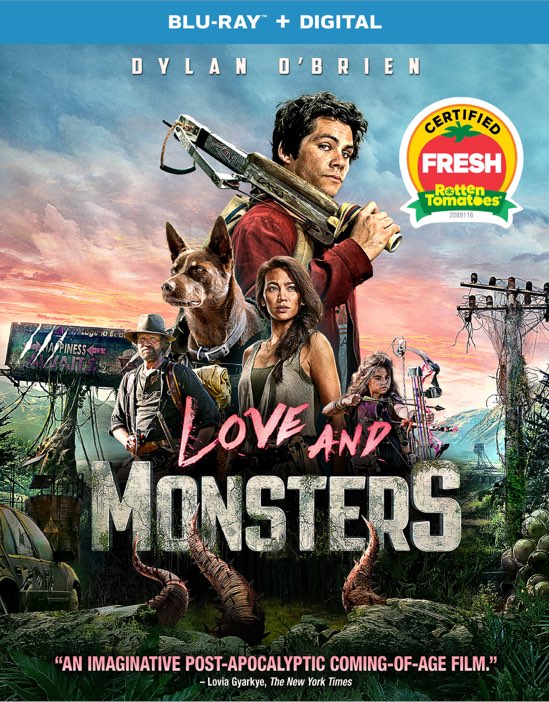 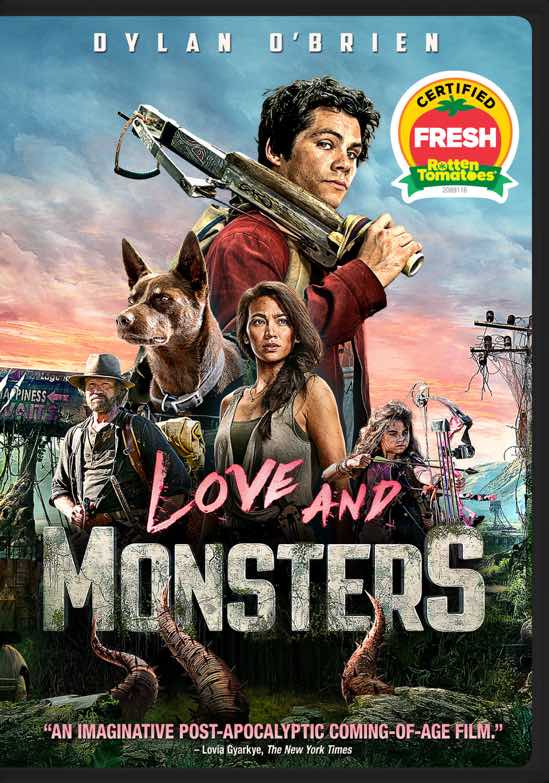