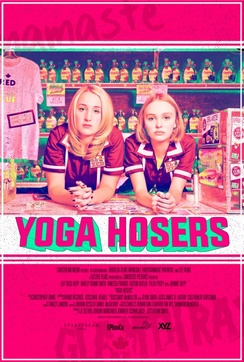 There's nothing like a good old-fashioned blizzard to derail momentum at the box office. As winter storm Jonas (when did naming winter storms become a thing?) wrecked havoc on the East coast, it was every film for itself.

Sure, the weekend was down 27% over 2015, but how much of that drop was directly the result of the storm and how much was simply due to weak new titles at theaters? Last year, American Sniper was heating up in January and it helped to set new box office records for the month.

As good as The Force Awakens is, it is in unchartered territory so to expect to continue to over perform the norm is just asking too much. I think most studios figured that it would do its business over the course of January instead of packing it all in the first few weeks of release. As such, many films were pushed out of January and the slim pickings left are creating a void.

This weekend should give us a better indication as to the veracity of the box office. Animated family films like Kung Fu Panda 3 generally perform well no matter when they are released and there has been a veritable dearth of quality fare aimed at kids lately.

Is this looking like Leonardo DiCaprio's year or what? Not only is he the odds-on favorite to take home his first Oscar, but The Revenant finally grabbed the top spot at the box office in its third attempt. The film dropped almost 50% from last week to $16 million, but it was more than enough to hold off a resurgent The Force Awakens.

The latest Star Wars film leap-frogged a spot to second place and wasn't that far off The Revenant's final tally. I am happy to report that I contributed $16 to its $14.3 million weekend as I was finally able to enjoy the film a second time. My wife caught it for the first time and she absolutely loved it.

I was surprised by how much I was able to notice that I missed the first time I watched it. Of course, being up for nearly 24 hours straight and watching 20 straight hours of film will have that effect on someone. The Force Awakens is poised to surpass $900 million this weekend, but I think it will quickly die off from there. I was hopeful that it could break one billion dollars, but I think it will fall about $50 million short now.

Last week's champ Ride Along 2 took a tumble all the way to third place with $12.9 million. That's a real ugly drop and it brings its total up to just shy of $60 million. At this rate, it's going to struggle to reach $100 million.

The three newcomers were slotted 4-6 with around $11 million each. We will have to wait until the actual numbers declare a winner, but right now it's Dirty Grandpa followed by The Boy and then The 5th Wave. All of the films performed close to expectations and they should each struggle to get to $40 million when it's all said and done.

My @YogaHosers. We had our @sundancefest debut last night. Cast was exceptional but the film was the wurst. #wieners pic.twitter.com/Zau8OqYWMq