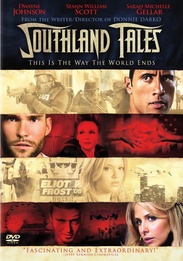 Los Angeles, 2008. As the city stands on the brink of social, economic and environmental chaos, the fates of an eclectic set of characters - including an amnesia-stricken action star, an adult film star developing her own reality TV project and a police officer whose identity has split in two - intertwine with each other and with the whole of humanity.