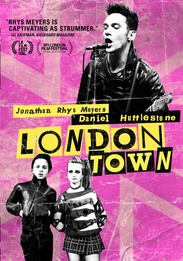 Experience the music and energy of the 1970s punk underground. When fifteen-year-old Shay (Daniel Huttlestone) hears the music of The Clash for the first time, it's a revelation, opening up a new world of social consciousness and anti-establishment defiance beyond anything he's known in his dead-end London suburb. Drawn into the heart of the city's burgeoning punk scene, he forges two relationships that will change his life: falling in love with rebellious cool girl Vivian (Nell Williams), and finding an unexpected connection with none other than The Clash's electrifying frontman, Joe Strummer (Jonathan Rhys Meyers).

Rated R for some sexual material and language.