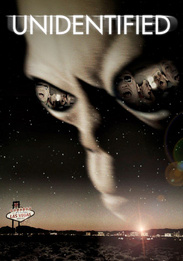 During a wild weekend in Las Vegas, four young friends get into trouble with a loan shark and must skip town in a hurry. But gambling debts may be the least of their worries after they get stranded in the vast Nevada desert. One of the guys discovers a mysterious metal fragment and then promptly goes missing during the night. When the remaining three catch up with their lost friend, they notice something oddly different about him. As his condition worsens, the others realize that some unearthly being may be stalking them in the wilderness.